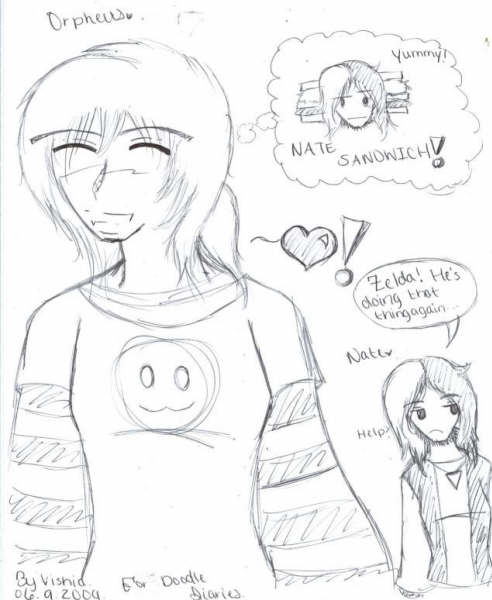 Our second fan art.
Also made by the crazy super sexy vivavious Vishia, creator of the comic Activity Unbroken.

I am adorable! But you knew that already. But this picture proves it!
I almost wish I didn't cut my hair because of this drawing.
Oh, and Nate doesn't really know what to say about being a sammich,
Although he does love the fact that he can't help but start smiling
while staring directly into sandwich Nate's eyes.
They're so hypnotic....