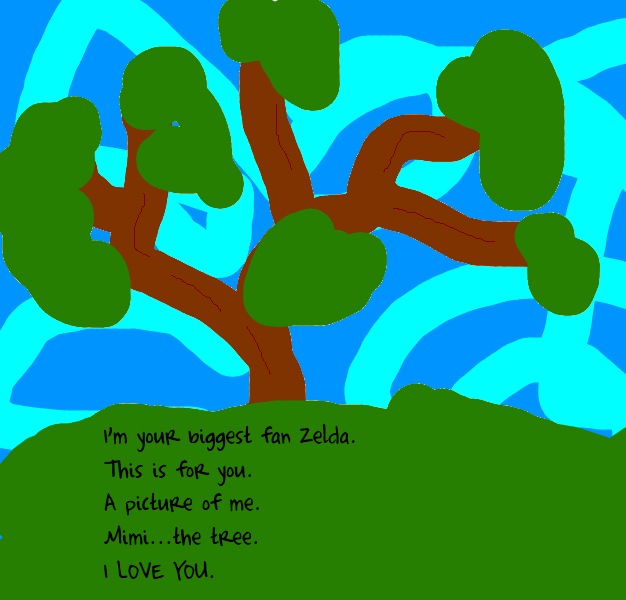 Our third fan art has been brought to you by Mimi.
Who appears to be a lesbian oak who is passionately enamored with me.
The internet's a pretty fun place like that.