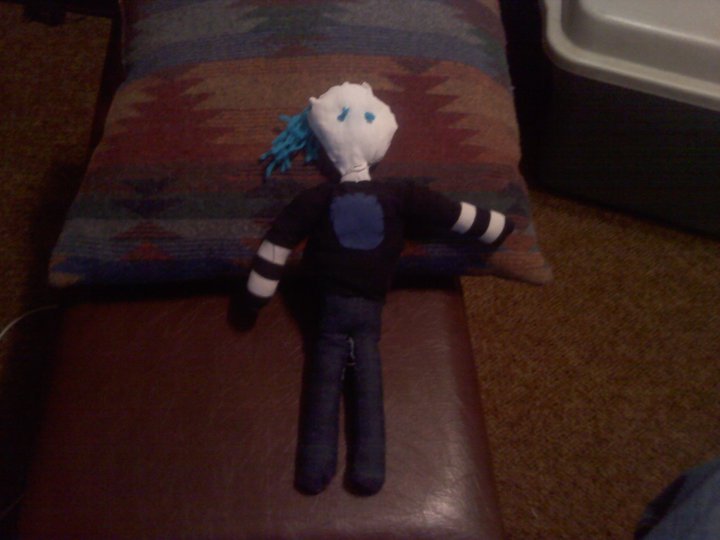 Apparently Andrya saw in our store we mentioned that a teddy bear would be the closest thing to a stuffed Orpheus doll the world will ever see.
She decided that we suck and it's time for her to play god. Orpheus is pleased. Andrya, we salute you.