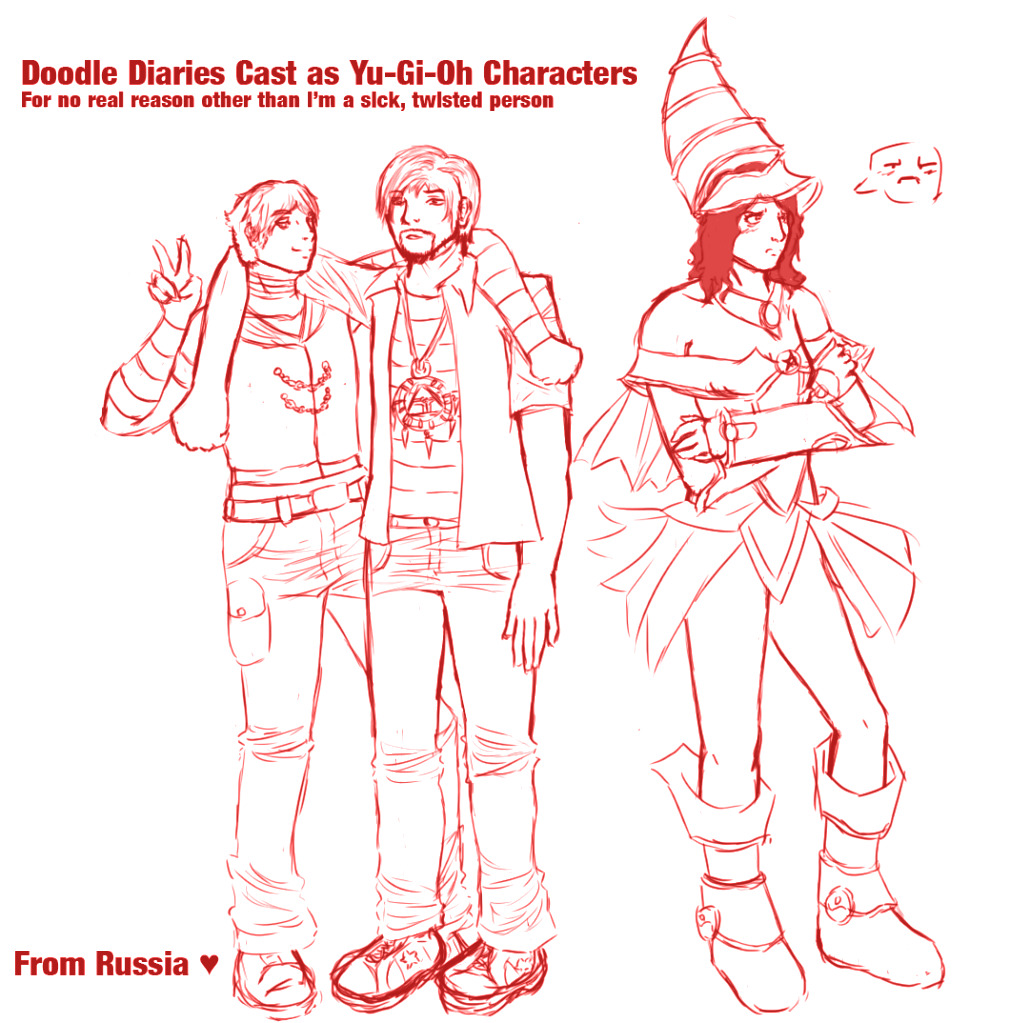 Fan Art from Great Mother Russia. I don't know why we are dressed as yu gi-oh characters, but I assume it is a Russian tradition,
and will not question it.